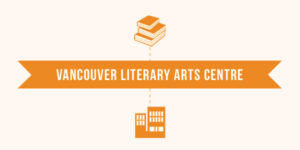 Originally a project of the Association of Book Publishers of British Columbia (ABPBC), the VLACS was separately incorporated under the BC Societies Act in June 2017 in order to facilitate grant administration, to allow the organization to enter into agreements directly, and to include members outside the ABPBC membership.

At our annual general meeting on July 7, 2021, the VLACS directors passed a general resolution to dissolve the Society.

VLACS has been largely inactive for the last three years, since our search for a viable space ended with an unsuccessful push to purchase a building in East Vancouver in 2018. We have experienced challenges aligning municipal, provincial, and federal funding along with a suitable space and tenants in a position to move in.

The last year has also dramatically altered the space needs of the key tenants (Talonbooks, Arsenal Pulp Press, and Anvil Press) and of several of the other proposed tenants, and at this time, we no longer have the capacity to continue seeking co-located office, warehouse, and event space. Furthermore, without a critical mass of our Vancouver members’ participation in this project, the ABPBC is unable to continue to commit its limited administrative resources to the Society’s administration.

We are proud of the work we accomplished to galvanize a community around this initiative, investigate opportunities to buy and lease, and build connections with the City of Vancouver, local government, and permitting bodies.

We would like to extend special commendation to Kevin Williams, Spencer Williams, and by extension Talonbooks, for their efforts to fundraise and secure a vendor take-back mortgage during our bid to purchase a space in 2018.

The project also found the generous support of several members of the ABPBC who were willing to help back the project, and we recognize them as well: Orca Book Publishers, Harbour Publishing, Arsenal Pulp Press, and Byron Sheardown (International Web Express Inc.) We also thank the City of Vancouver for its support of this project over the years, including the cultural grants we received to support three feasibility studies.

The VLACS board is keenly aware that Vancouver remains a difficult and challenging environment for arts organizations in need of space, and we are disappointed that we could not bring this particular project to fruition. However, we intend to continue our conversations about cultural placemaking as a group informally.

We will continue to be responsive to opportunities that may be presented to us by the City or other parties, and will remain in contact with one another should it make sense for the project to take on a new permutation in the future. But for now, we will focus on our respective organizations’ work, helping to rebuild a strong local arts community that will continue to advocate for affordable cultural space in Vancouver.

We thank the Vancouver arts community for its support for this project over the years.

The Vancouver Literary Arts Centre Society Board of Directors

Previous StoryWebinar Sept. 14, 2021: Marketing Your Magazine’s Podcast
Next StoryUpdate on Federal Funding for Magazines in 2021-2022

We have membership types for magazines both new and established, affiliated companies and publishers, and individuals.