The Impact of the #MeToo Movement on Employment Law 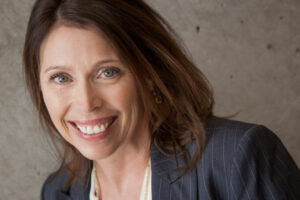 The movement to end sexual harassment, the #MeToo movement, took hold across the globe and in doing so it changed workplaces, and it changed the way that courts and tribunals assessed allegations of sexual harassment. That impact is felt most acutely in employment law. The #MeToo movement and the changes that have followed demonstrate the power that the masses have in focusing and redefining the understanding of an issue.

Although most of us associated the #MeToo movement with the Weinstein trial and the twitter hashtag use started by Alyssa Milano, the movement began much earlier. Tarana Burke, an American activist conceived of the “Me Too” movement, the purpose being to help other women with similar experiences stand up for themselves. This was a result of what Burke described as a life changing conversation with a 13 year old girl while Burke was working at a youth camp. The girl was being sexually abused and learning of her experience motivated Burke to want to do something to help. This resulted in the creation by Burke of Just Be Inc., which was a non-profit organization helping victims of sexual harassment and assault. In 2007 Burke renamed it to “Me Too”.

In 2014, largely in response to the allegations of sexual harassment and assault by Jian Ghomeshi, the first online movement concerning sexual abuse in western countries on a significant scale began when #BeenRapedNeverReported began being used on social media. The purpose was to give voice to survivors of sexual assault and harassment. The Twitter hashtag was created by two journalists. The journalists used the hashtag to tweet support for the women who alleged they were assaulted by the former CBC radio host. The journalists themselves revealed that they had both been raped years before but had never reported the assaults. Around the same time as the Ghomeshi allegations, awareness about Canada’s missing and murdered Indigenous women was also increasing. That same year, allegations were made about Bill Cosby with dozens of women coming forward with allegations of sexual assault.

The #BeenRapedNeverReported hashtag generated a lot of discussion, debate, and conversations, but not a tangible change in the way sexual assault and harassment was handled.

That set the backdrop for the #MeToo movement which was larger in scale. It is arguable that the increased scale was fundamental to leading to tangible and substantial changes in the way sexual assault and harassment were seen and to substantive changes in workplace culture. On October 5, 2017 the New York Times published an article reporting on the results of an investigation they had conducted where they found previously undisclosed allegations against Mr. Weinstein that stretched over nearly three decades. The investigation revealed repeated incidents of sexual harassment involving famous actresses and a number of settlements to keep the harassment quiet.

The #MeToo movement began shortly after the publication of the New York Times article when Alyssa Milano posted on Twitter “If all the women who have been sexually harassed or assaulted wrote ‘Me too’ as a status, we might get a sense of the magnitude of the problem”. That Tweet was posted at approximately noon on October 15, 2017 and by the end of the day the hashtag had been used more than 200,000 times. By October 16 the hashtag had been tweeted more than 500,000 times and was used by more than 4.7 million people on FaceBook in the first 24 hours. Tens of thousands of people replied with #MeToo stories including a number of high profile posts and responses from a variety of American celebrities including Gwyneth Paltrow, Ashley Judd, Jennifer Lawrence and Uma Thurman. Widespread media coverage and discussion of sexual harassment led to a variety of high

A pdf of the full article, with sections on bullying and harassment policies, the increased numbers of complaints, the understanding of sexual harassment, and heightened public scrutiny can be read here.

Whether it’s editorials that provoke heated debate and comment, or the newest developments in litigating brain injury cases, the Verdict is a top-notch resource for trial lawyers and those who work with the legal profession.